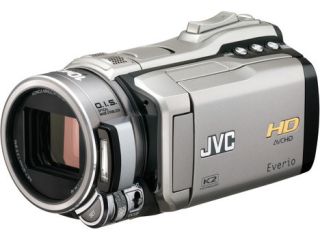 JVC has showcased its latest camcorder range this week, highlighting the tech that makes the camcorder's tick.

Top of the range is the GZ-HM1. This is a Full HD camcorder which – deep breath – sports a 10.62MP back-illuminated CMOS, 10MP stills functionality, Optical Image Stabilisation, Advanced Image Stabilisers and 'Super LoLux' for brighter shooting in low light.

First shown off at CES 2010, the cam is equipped with 64GB Flash memory and if that's not enough, there is also a SDHC/SD memory card slot.

The range features a mixture of Flash and hard-disk drive memory and is out now in the shops.