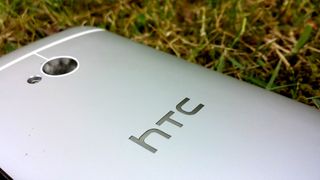 HTC is planning to capitalise on the critical success of the HTC One handset by launching a smaller, scaled back version of the device, more reports suggested on Tuesday.

Following claims earlier this month from the hit-and-miss tech site Digitimes, Bloomberg has now reported that the Taiwanese company will launch a 'HTC One Mini' this summer.

As with the earlier reports, the business publication brings word of a lower-resolution 4.3-inch screen compared with the 1080p full HD, 4.7-inch flagship handset launched to huge acclaim earlier this year.

A less powerful Qualcomm processor is also tipped for the engine room, which would drive down the price for lighter users, while there was no word on whether the UltraPixel camera tech would remain on board.

Any launch would be seen somewhat as a copycat move following the launch of the Samsung Galaxy S4 Mini late last month.

The company launched the handset with the hope of capitalising on the brand's name value among consumers, while picking off those smartphone fans who want great software without a giant screen.

It wouldn't be the first time this year HTC has mimicked Samsung in the hope of clawing back the Korean giant's huge lead.

Just a couple of weeks after the Galaxy S4 Google Edition arrived at Google I/O, HTC unleashed a version of the One with the raw Android 'Nexus experience' on board.