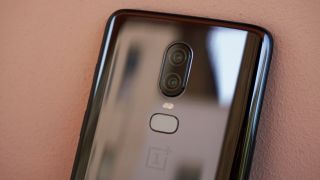 There's good news for OnePlus owners as the Chinese firm has confirmed that it will offer Android version software updates for two years from the release of a handset, and Android security updates for three years.

Details of the new OnePlus Software Maintenance Schedule were posted on the firm's forum, which guarantees the service for the OnePlus 3, 3T, OnePlus 5, 5T and OnePlus 6.

Updates will arrive every two months on eligible handsets via an OTA (over-the-air) update, and during the first two years they will include new features and security patches alongside the latest version of the Android operating system.

When the two years are up, you still receive the latest security patches every two months for a further year.

If this sounds familiar, it's because the OnePlus Software Maintenance Schedule is similar in its offering to Google's Android One program.

Android One also guarantees that your phone will receive at least two years of OS upgrades to the latest version of Android, as well as at least three years of security patches.

However, the Android One program also requires manufacturers to run a relatively stock version of Google's OS.

This is why OnePlus isn't part of the Android One project at the moment, as it applies its own Oxygen OS interface over the top of Android.

The news is good for upcoming handsets too, and we can expect that the rumored OnePlus 7 will also benefit from these updates when it launches.