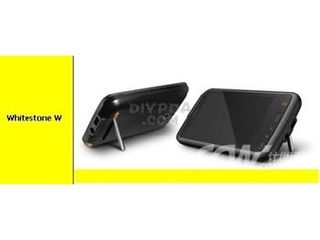 HTC must have left the list of its new handset range on the train or something, as it's popped up on the internet... along with pictures and everything.

It appears that HTC has decided that 2009 should definitely be the year of the touchscreen, as around 90 per cent of the handsets shown look like they will use a finger-friendly interface.

While specifications and markets for the phones are limited, there are some great-looking devices among them, and all eyes will be looking for the phone that can beat the iPhone and the Palm Pre, according to Telstra execs.

The Whitestone is clearly the most beautiful of the bunch, and is obviously designed for media playback with a wide touchscreen and a stand... unless it's made for people who like looking at their handset at an angle.

The others in the list are a mixture of new handsets, such as the Beryl, but others look very similar to the current Touch and Diamond models, so are likely to be updates.

Anyway, if you're interested in seeing what the world will be looking for from the Taiwanese company, then check out the list for yourself at www.wmpoweruser.com... and give yourself a special pat on the back if you can work out which one is likely to be the new Android G2 handset.