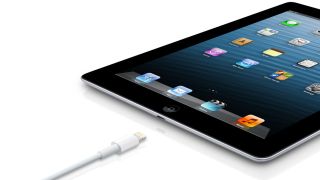 Will pilots also have to switch it off for take-off?

This week, American Airlines became the first airline to go completely paperless, and Australian airlines may not be far behind in giving iPads to pilots to replace flight manuals and charts.

In an interview on ABC's AM program, Barry Jackson, the president of the Australian and International Pilots Association, said that American Airlines had been trialing iPads for about 3 years, with other airlines potentially heading this way as well.

"They are to a point now where the performance of the iPad is so reliable that they've now, or FAA [Federal Aviation Administration] have gone towards relying on them solely for navigation and charts," he told the ABC.

According to Barry, currently in Australia, pilots are given navigational charts and about 12 manuals to take on flights, with each manual being about 600 pages.

"The older and the younger have different ways of acclimatising to the technology, but I think even some of our older pilots are really cottoning onto how easy and how flexible, how useable an iPad is," Jackson said.

Not only will the move to iPads make things easier for pilots, the ABC said that American Airlines going electronic will save the airline a million litres of fuel each year.

While iPad use, including sole use of the tablet as a replacement, has not yet been approved in Australia, Barry believes the technology has gone far enough that airlines in Australia going paperless could happen in as little as 12 months.