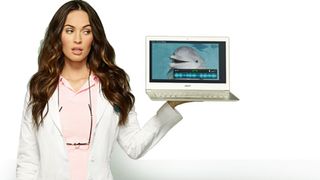 The annual Computex show has only just kicked off, and already Taiwanese manufacturer Acer is making some bold statements and claims with its newly announced products.

After announcing a new phablet, the Liquid S1, and a new, winnowed-down Windows 8 tablet in the Iconia W3, the range of touch screen devices manufactured by Acer is visibly on the rise.

It shouldn't come as a surprise then to learn Acer Chairman J.T. Wang believes touch screen devices will dominate the landscape at the company in just a few years.

According to Wang, up to 80 percent of Acer's products will feature touch screens by the year 2015, with that steady growth already present by the end of 2013.

Speaking with Reuters at Computex, Wang revealed sales of notebook computers with touch screens would rise from 25 percent this quarter to 30 to 35 percent by the end of this year.

That 10 percent leap is only the beginning of the rapid growth Wang and Acer expect to occur over the course of the next two years.

"Price and supply for touch panels provide some constraints now but that will ease and boost the penetration of touch devices," Wang said.

Even with PC sales struggling mightily so far this year, Acer believes the growing touch screen market will help revive the declining PC consumer base.

Acer has a variety of touch screen notebooks on the horizon, including the just-announced Aspire S7 Haswell revamp and the Zenbook Infinity, which could help it step out of fourth-place among PC vendors and into third.

Intel is helping make a major push for the mobile PC market with its Haswell chips, which could help Acer reach its estimates, but both companies had better hope PC sales are revitalized soon, otherwise it won't matter how many touch screen computers the company has in its line-up.