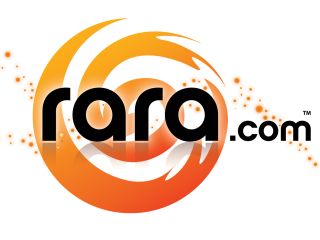 It's not for the tech-savvy

Another day, another streaming service with a silly name – today sees the launch of Rara.com, a new web-based music package from the people behind Omnifone.

But this one's a bit different – rather than catering to the tech-savvy music experts that apparently use Spotify and its ilk, Rara hopes to reach the 80 per cent of web users it describes as "music listeners" and "tech laggards".

To this end, instead of a "spreadsheet layout" and "loads of lists", Rara's web interface is very image-orientated, with pre-collated playlists built by the company's editorial team at the fore – fronted by Imogen Heap, with more artists coming on board as "associate editors" over the coming months.

The company has also announced a global partnership with HP, which will see Rara placed as the default media player on all HP devices in 2012.

One for the rahs

At launch, the service offers an Android app which uses patented network aware mobile streaming shenanigans – this means it caches as it goes so your most listened-to tracks are available offline automatically with nary am "offline playlists" option to tick.

An iOS and Windows Phone app are coming in the near future, as is integration with Blu-ray players and the like.

Omnifone is the streaming engine behind Sony's Music Unlimited and BBM Music, and also powers Rara.com so the library features over 10 million tracks at launch, with robust label relationships to boot.

But how much will it cost you? Here's where Rara.com reckons it's got the edge. There's no free option like there is with Spotify, but you can try the service for 99p per month (or 99c in the US and Europe) for three months, at which point the cost goes up to £4.99 a month. This gets you pure music streaming and no offline capabilities.

If you want the caching option, it'll set you back £1.99 for the first three months and £9.99 thereafter.