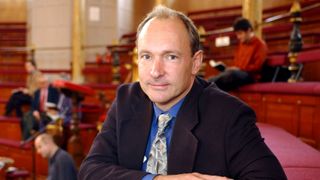 Forefather of the internet and co-creator of the world wide web, Sir Tim Berners-Lee has always been pro-internet freedom and anti-internet regulation - so it's no surprise that he's concerned about online governmental snooping.

He warned web users against complacency in the light of the recent Prism revelations that showed government agencies, with both the UK and US named, accessing user data from companies including Facebook and Apple.

"Obviously it can be easy for people in the West to say, 'oh those nasty governments should not be allowed access to spy'. But it's clear that developed nations are seriously spying on the internet."

It's not just about political freedom; Berners-Lee is concerned that if people feel they are being watched online, they won't use the web as the crucial resource that it is.

"Information on the web can be really important in people's survival.

"Teenagers who are unsure about their sexuality who need to contact others, or people being abused trying to find helplines ... there are things that happen on the net that are very intimate, which people are going to be loathe to do if they feel there's somebody looking over their shoulder."

Sir Berners-Lee's comments came as he received the Queen Elizabeth Prize for Engineering for his part in siring the internet.