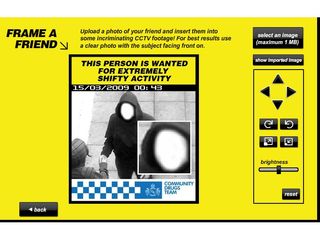 British movie Shifty may have landed a death-knell to close-to-the-bone advertising after its email campaign was banned by the Advertising Standards Authority.

The questionable promotion for the film involved a 'stitch up a mate' email. The email, which could be sent to anyone, masqueraded as a warning that the recipient being investigated for drugs, with the address of the sender being 'community drugsteam@ukgov.org.uk'.

According to the Guardian, the email came with the following warning: "If you fail to respond to this email within seven days of receipt please be aware that this will then become an official matter and there will be a strong likelihood of criminal investigation."

The Advertising Agency decided to ban the email after it felt it "could cause alarm and undue distress".

Not that the ban has deterred the film's marketers, as a version of the 'stitch up a mate' campaign has appeared on the film's official website.

This new stitch-up allows you to upload a photo of a friend and superimpose it onto a CCTV image of a drug deal, ready to upload to Facebook with 'hilarious' consequences.

Considering this low-budget tale of drug dealers in the UK is getting some impressive reviews, it's a surprise that its PR company has decided to take the novelty marketing route instead of advertising the movie on its own merits.

Shifty is in the cinemas now.