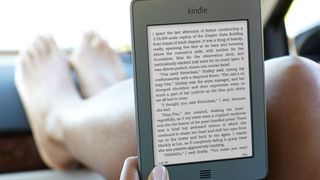 A quick search for books on Amazon may yield unexpected results, with numerous copycat titles appearing alongside their legitimate bestseller counterparts

A quick search for books on Amazon may yield unexpected results, with numerous copycat titles appearing alongside their legitimate bestseller counterparts.

Knockoff titles such as Twilight New Moon, I am the Girl with the Dragon Tattoo, and

are increasingly common to fool unassuming readers into buying the wrong book.

Some don't even bother to change the title, such as the now removed knockoff Steve Jobs credited to Isaac Worthington, ripping off Walter Isaacson's bestseller.

Shared in common between the knockoffs is Amazon's CreateSpace tool and service. CreateSpace makes it easy for authors to self-publish their books through Amazon and other sites, with proceeds split between the author and Amazon.

Of course, not all CreateSpace books are copycats and scams, but a significant number of those scam books list CreateSpace as their publisher.

When other media outlets approached Amazon about the surge in knockoffs, the retailer removed many of the offending titles.

However, it raises questions about Amazon's screening process, if one exists, and whether steps will be taken to prevent book scams from appearing on Amazon in the future.

With Amazon receiving a cut from CreateSpace published books, it seems the responsibility should fall on Amazon to better monitor its service rather than relying on publishers to react only after copycats are found.