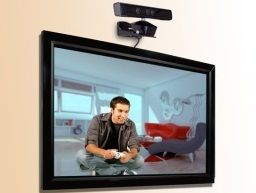 Hardcore gamers have a tendency to dismiss motion control as a 'casual' gaming technology, although the new Forza 4 Kinect head-tracking demo released from Microsoft this week may well make them re-consider this particular prejudice.

The Xbox 360's flagship racer is set to be demo'd with Kinect at E3 2011 in Los Angeles next week, showing how Kinect can be implemented in a subtle yet vital way in terms of improving the overall gameplay experience.

In addition to Kinect integration in Forza 4, an E3 teaser trailer for Star Wars Kinect has also appeared online ahead of next week's show.