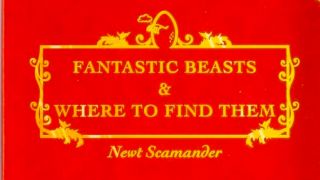 Harry Potter author J.K. Rowling is returning to the well (probably a cauldron, to be honest), for a new series of films from wizarding world, which will also be spun off into video games.

Rowling will pen the screenplay for the films based on the Fantastic Beasts And Where To Find Them textbook studied by Harry, Hermione and Ron during their mildly eventful few years at Hogwarts.

The films and the games, to produced by Warner Brothers, will be set 70 years before Harry showed up at the school of witchcraft and wizardry, well before he'd had a chance to get a decent pair of specs.

Just what we can expect from the new games isn't yet known, but you can be sure we'll keep a close eye on these bewitching developments.

Before you whip out your broomsticks in excitement, check out some more blips!