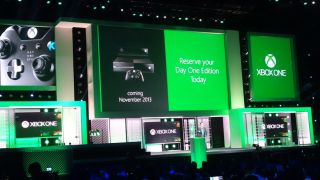 Xbox One is hitting the globe this November

The Xbox One will cost $599 in Australia, according to Microsoft Australia, while the company revealed at its E3 2013 press conference overnight that it will cost $499 in the US.

Microsoft has gone with the easier to understand, but harder to justify single model approach with the new system, rather than offering multiple options with varying prices.

Though the price seems more expensive for US customers, it falls in-line with previous Australian pricing.

The real question is whether Sony will offer its PS4 at a better price. Microsoft's chief rival is expected to announce how much its console costs later today.

In addition to announcing how much the Xbox One will cost, Microsoft demoed plenty of exclusive games, including a new Halo for Xbox One set for 2014.

On the hardware front, the company also continued to push its SmartGlass integration, which was shown off for the first time using Xbox One.

Microsoft also unveiled an updated version of its old console with a slim Xbox 360 redesign.