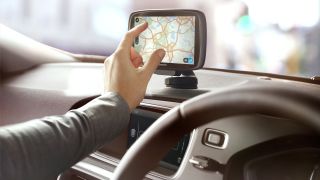 TomTom seeks to exploit its GPS technology in other markets

Earlier this year, TomTom presented the world with its very own fork in the road. The company, known mainly for its in-car sat nav devices, announced that it would be venturing into the lucrative arena of wearable tech with the launch of the TomTom Runner, its own sports watch.

This isn't a sideline for TomTom, but a sector of the market that is now seen as on a par with its personal navigation devices (PNDs). This marks a significant change in a company that was once known for simply getting you from A to B.

TomTom now wants to be seen as the company that can 'get you where you want to be', whether that be in terms of location or physical fitness. Either way, it's an opportunistic helping hand.

"Yes, if we are totally honest we did start off a bit opportunistically in the sports sector," explained Gary Raucher, Global VP of marketing, to TechRadar. "We looked at it with the thinking that we have this very rich heritage with GPS, so where else can we apply our GPS technologies and we said, well, there is a market out there that uses GPS in sports watches."

TomTom initially partnered with Nike to offer up its technology in the sports sector, but it soon wanted to create a standalone device of its own that would compliment what it was doing with Nike.

"The Nike partnership helped us learn about a totally different target audience when it comes to the athletes that are using these products," said Raucher. "We saw the potential of where the larger wearable technology market is going. We thought it was a good fit, not just from a technology point of view but a brand point of view.

"We didn't want to stray too far from what TomTom is known for, so a GPS sports watch seemed a good fit."

Not straying too far from its core values seems apt for a company that prides itself on its precise mapping technology. Raucher does admit, though, that TomTom is always looking for new areas for the mapping service to grow, and while it may not be creating these new product areas, it is taking the Apple approach and refining them.

Take the aforementioned sports sector. TomTom is late in creating a sports watch, which inevitably means that its myriad rivals have had a head start. But this doesn't seem to faze the company.

"Before we enter any space we want to make sure that we are delivering upon a need in the marketplace," Raucher explained. "We want to be able to not just meet consumer expectations, but exceed them. That will either come through a breakthrough of new technology, or a better application of existing technology.

"In the case of our watch, all of this technology already existed, but we packaged it in such a way that we are innovating in that space."

But where does this leave the sat nav business? With a proliferation of free services out there, you would think that TomTom would be worried about being muscled out of this space. But Raucher believes there's an 'electric toothbrush' effect that protects TomTom's premium devices.

Google and Apple may well offer compelling free map and turn-by-turn location offerings - the latter is actually powered by TomTom - but those who try TomTom's paid-for option tend to stick with it.

"If people haven't experienced the superior TomTom traffic then they are probably okay with a free service. But experience it and it is very difficult to go back. So our biggest marketing problem is getting people to realise that not all traffic is equal and getting them to try out a premium version."

This potential problem with free applications was highlighted last year with Apple's iOS Maps debacle. Too many wrong turns within its maps application meant Apple was hit with a barrage of criticism for its free offering.

While this nicely highlights TomTom's insistence that premium is better, it could have also been detrimental to the TomTom brand - its technology was used in the creation of Apple Maps. Instead of damaging credibility, though, Raucher believes it actually re-inforced the company's confidence in its own data.

"When the Apple Maps situation was happening, of course we checked to make sure that the data we were providing was accurate and that it was the same data we were providing to any one of our customers. We partner with our customers as we want them to be successful. What we did was reaffirm that we were confident in the quality of our information and our data and we stand by this quality."