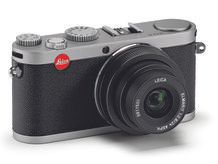 Is an interchangeable lens X1 on the cards?

A Leica representative has told TechRadar that the upcoming compact system camera will sit "somewhere between the X1 and M9" in terms of pricing.

Last month, Leica confirmed that the camera will be revealed at Photokina 2012 after rumours had been circulating for some time. Suggestions have been made that the camera would be a clone of a Panasonic model, who Leica has a working relationship with.

The camera is likely to compete with the Panasonic GF3 micro four thirds system camera, but the representative categorically told us that the format would not be adopted for its own system. He said it was "just not right" for Leica cameras and would use at least an APS-C sized sensor.

Speaking to TechRadar during Leica's summer showcase event, Leica UK's Richard Swan hinted that even more information would become available over the coming months, with the full announcement at Photokina, the world's biggest photography trade which takes place in Germany every two years.

In terms of pricing, Swan suggested that the camera will fall between the compact X1 and the full-frame M9. The Leica X1 currently retails at around £1400, while the M9 sells for around £4800, suggesting a likely price of £2500 - £3000 for the compact system camera.

Swan expected that any future interchangeable lens cameras from Leica would be compatible with M-mount lenses. As the X1 uses a fixed prime 24mm lens, perhaps we could see an X1 styled camera with removable lenses.

Stay tuned to TechRadar for more on this story as it develops.