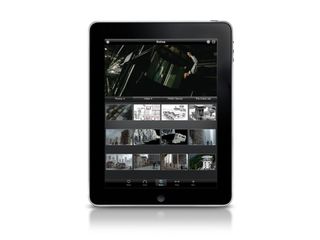 Which all sounds like fun, although it is the choice of two of the greatest geek-favourite flicks from recent years that is the real genius move here.

"Warner Bros. Digital Distribution (WBDD), a market leader in video-on-demand and electronic sell-through, today announced the groundbreaking launch of the 'App Editions' of feature films Inception and The Dark Knight, giving consumers around the world an entirely new way to own special edition movies with the iPhone, iPod touch and iPad," reads Warner's release.

App Editions let you view the first five minutes of the movie – and access a few extra bits and bobs such as trivia, games and soundtracks – for free. If you are then tempted to buy the movie you can do so within the app. Ingenious.

While watching a film, fans can connect with their friends by "sharing favorite movie quotes through Facebook and Twitter and watch a feed of social networking chatter directly related to the movie in real-time."

Which would kind of take something away from the experience of watching a movie, but hey, any self-respecting digital content delivery system has to have Facebook and Twitter integration, right?

Thomas Gewecke, President of Warner Bros. Digital Distribution said: "For many, watching a movie is a social activity and App Editions are the first mobile product to deliver this capability on a global scale.

"They offer a fully connected experience, allowing viewers to engage with others around the world in real-time through Facebook and Twitter.In 2011, Warner Bros. will release a full slate of App Editions including new release and catalog films."