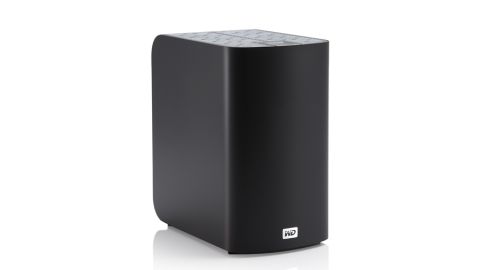 It's been over nine months since Apple introduced Thunderbolt, and the port has gradually been rolled out across the range. However, Thunderbolt peripherals, including drives, remain relatively rare.

With the My Book VelociRaptor Duo, Western Digital has taken two of the fastest drives it makes, with a SATA 6Gb/s interface and disks rotating at 10,000RPM, and put them in a similar enclosure to its Thunderbolt Duo drive. And it certainly is fast.

We tested the VelociRaptor Duo using QuickBench's Large Test, and found it was as fast as you'd expect. In RAID 0 mode, with the drives striped to appear as one logical volume, the drive's read speed was 368MB/sec, and it wrote at 363MB/sec. Switching into RAID 1, with the two drives mirroring each other, it was significantly slower: 196MB/sec read speed, and 183MB/sec writing.

There are other nice touches: two Thunderbolt ports, so you can daisy-chain a monitor or other peripherals from it. And there's easy access to the inside, making it quick to replace a drive if one fails.

There's a steep price to be paid for all this. But if you want the maximum speed possible from a drive, it's worth the money.