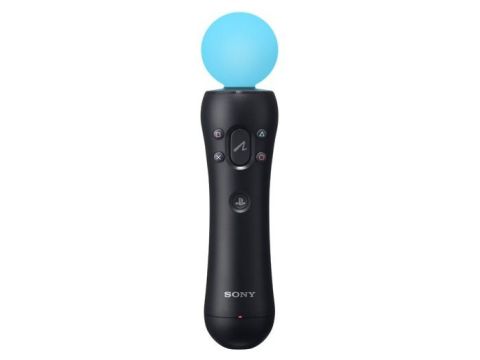 Precision and responsiveness abounds in PlayStation Move. It feels like step beyond the Wii in technological terms, and has been smartly deployed alongside PlayStation VR, though it does have some disadvantages.

Update: If you're looking into PlayStation Move controllers, you're probably eyeing them up for use with PlayStation VR: the PS3 and PS4-compatible VR gaming platform. It's proved a smart way to upcycle Sony's motion control tech, especially since Microsoft didn't manage it with its own Kinect controllers. But you can read our impressions of the original motion control tech in our full PS Move review below...

It's surprising to think that the Wii has been on sale for nearly four years, and we're only now seeing true competition from Nintendo's rivals. Of course, considering the half-hearted motion controls of the Sixaxis, it's probably wise for Sony to have been cooking PlayStation Move slowly since its introduction in 2010.

The PlayStation's motion controller sticks much closer to the Wii's mould than Microsoft's Kinect, with E3's Move tagline being "This changes everything". Hyperbole aside, Sony is aiming to take the technological high road, as it does with all things PS3, and beat the Wii on precision and movement accuracy.

The technology used is actually pretty similar to Nintendo's, but on steroids. The Wii's sensor bar sits by the TV and gives out infrared lights that a camera in the remote picks up in order for the pointer to function.

Move flips this around, with a camera next to the TV picking up the glowing ball on the end of the controller. The PS3 can then measure distance from the controller using the size of the ball as a reference.

The Move controller also has all the movement sensing bells and whistles of the Wii remote and MotionPlus attachment, demonstrating that Sony's thinking was obviously that they weren't attempting to reinvent the wheel so much as make it a little rounder.

Move controllers are available alone for £35, or with the PlayStation Eye camera for £50. The Navigation controller (the equivalent to the Wii's nunchuck) is £25, though we haven't included it in our testing it here.