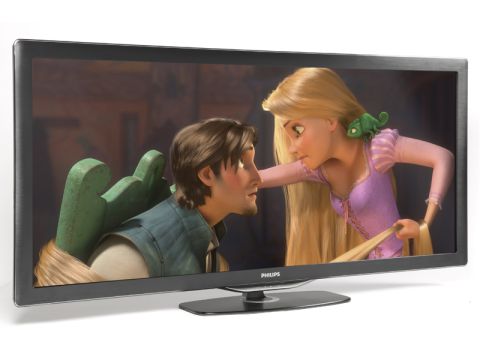 With a true widescreen aspect ratio, this TV is one for home cinema enthusiasts

Philips' first cinemascope (21:9) ratio TV sent shockwaves through the home entertainment universe when it launched in 2009. A TV that delivered widescreen movies without black bars at the bottom and top of the image was a daring step that helped separate the Dutch brand from its Far Eastern rivals and earned it numerous plaudits.

Now it's revisited the concept, but added 3D playback and direct LED backlighting to create an even more cutting-edge product, dubbed the Cinema 21:9 Platinum.

At 58-inches it is two inches larger than its predecessor and replaces the latter's cheap-looking plastic bezel with an alluring black brushed aluminium frame with rounded edges. And where the earlier model sported a low-slung speaker bar, this one now hides its drivers out of sight.

Of course, not everyone will hanker for an ultra-wide TV; those after a similarly specified conventional set should look instead to Philips' 9705 series (46, 40 and 32inches), which offer pretty much the same picture processing and features but in a regular 16:9 size.