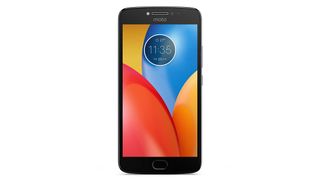 Lenovo-owned Motorola has announced that its popular budget device, the Moto E4 Plus will now be available from Amazon India as well. The device was launched as a Flipkart exclusive back in July 2017. Starting today, it will sell on Amazon at Rs. 9,999.

The Moto E4 Plus was launched as a Flipkart exclusive with a price tag of Rs. 9,999. The device is sold in Iron Grey and Fine Gold colours.

The main highlight of the Moto E4 Plus is its 5,000mAh battery. It runs on Stock Android 7.1.1 Nougat and comes with a 5.5-inch HD display. Let’s take a look at the complete specifications of the device.

The Moto E4 Plus runs on Android 7.1.1 Nougat and features a 5.5-inch HD IPS LCD display with a resolution of 1280 x 720 pixels and 16:9 aspect ratio. It comes with Corning Gorilla Glass 3 and has Oleophobic coating for resisting fingerprints.

In terms of performance, the Moto E4 Plus is powered by a quad core Mediatek MT6737 chipset, coupled with Mali-T720 GPU. It has 3GB RAM and 32GB of internal storage, which can be further expanded to 128GB via a dedicated microSD card slot.

The Moto E4 Plus is powered by a 5,000mAh battery and comes with a fingerprint sensor on the front. Connectivity options on the device include 4G VoLTE, Wi-Fi 802.11 b/g/n, Bluetooth 4.2, GPS, NFC and microUSB 2.0.