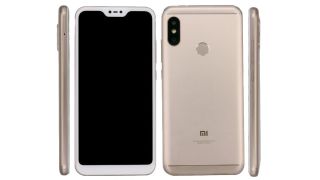 Chinese smartphone maker Xiaomi is currently working on multiple budget and mid-range devices, including the Redmi 6 and Redmi 6A that were certified by TENAA last month. Now, the Mi A2 Lite has been certified by the IMDA with the model number M1805D1SG.

While the Xiaomi Mi A1 was launched as an Android One device, the Mi A2 will reportedly run on Android 8.1 Oreo with MIUI 9 skinned on top. It will feature a 5.84-inch full HD+ 2.5D curved glass display with a resolution of 2280 x 1080 and an aspect ratio of 19:9. The recently launched Mi 8 series featured a notch display and the Mi A2 Lite will sport a similar notch.

Coming to the camera department, the Xiaomi Mi A2 Lite sports a vertically placed dual rear camera setup at the back consisting of a 12MP primary camera and a secondary camera with an LED flash. On the front, the device sports a 5MP selfie camera.

The Xiaomi Mi A2 Lite is powered by a 4,000mAh battery and connectivity options on the device include 4G VoLTE, Wi-Fi 802.11 a/b/g/, Bluetooth 5, GPS and a 3.5mm audio jack. The device will sport a fingerprint sensor at the rear.