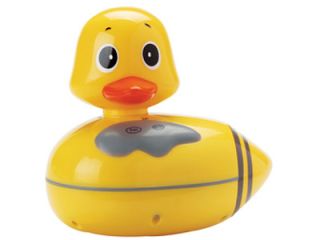 Bad waterproof radio! But it looks so cute

The humble shower radio has been voted the worst ever gadget ever by women, according to a new study.

The report was compiled by Sheila's Wheels – yes, the insurance company with that annoyingly catchy jingle – and consisted of 3,000 ladies' views on gadgets.

Amazingly the shower radio beat electric fluff removers (in at number 8), egg slicer (number 10) and electric can opener (number 18) to the top spot.

Interestingly, the TV remote control was only voted the eleventh best gadget – which would mean that there's a lot of women out there that just like to stare at a blank television screen, or one that is permanently tuned to Jeremy Kyle.