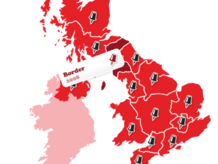 UK - and the land of the geek

Britons are kings of the Euro geeks according to a consumer trends consultancy - with 11 per cent of the UK prepared to try technology first, leaving the rest of Europe trailing.

According to RISC international which describes itself as 'one of the world's leading consumer behaviour and trends consultancies', the European percentage for early adopters or 'innovators' is just six per cent - nearly half the average in the UK.

"Society calls these innovators 'Geeks'. In the past the word made reference to people who were excessively absorbed in a specialist field but characterised by a certain lack of social skills", says Sharon Greene, Managing Director of RiSC International.

Today, the geek is cool

"Today, driven by the social aspects of the Internet, the Geek has fine-tuned social skills. Today, the Geek is cool.

"In a society where 'Information Overload' has become an everyday reality, he or she is a valued resource, a shortcut through the information fog to in‑depth knowledge, the person people turn to when they need help with technological problems or buying decisions.

Although it would be entirely wrong of us to celebrate UK's Geekiness by comparing it to our traditional European friends, Germany has the largest share of Luddites or 'Laggards' as RISC so delightfully terms them – with an average 41 per cent holding off until the tech is well established.

On the other hand the UK has less than 20 per cent Laggard in the population.

"In the process of technology adoption, we found that Geeks are fundamental in that they are constantly looking to push their technological boundaries. They are forever trying out new gizmos and gadgets," adds Greene.

"Combine this with their tendency to share their opinion over the internet almost instantly and to anyone worldwide – and don't forget, the Geek is a trusted source – it is easy to see why they are so influential."