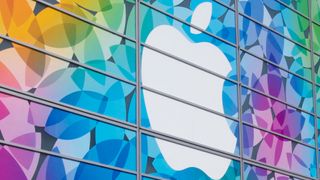 As Apple's encryption battle with the government intensifies, major tech companies are gearing up to put legal support behind their Silicon Valley cohort.

The Wall Street Journal first reported that Google parent company Alphabet and Facebook are preparing to file motions backing Apple as it fights a court order to help the FBI unlock the San Bernardino terrorist's iPhone. Apple today filed a motion asking the order be thrown out, calling it unconstitutional.

A source close to the matter told techradar that "the industry is aligned and working on a joint submission to the court," indicating several in the tech industry will take a united stance in support of Apple and against the government's demands.

A Twitter spokesperson told techradar, "We expect to be on a brief supporting Apple. Filing deadline is March 3."

Google will file its own brief "soon", according to Re/code.

The news comes after Microsoft chief legal officer Brad Smith said earlier Thursday that the company plans to file an amicus brief in support of Apple next week. The company is now "wholeheartedly" on Apple's side after a tepid initial response.

Other tech leaders spoke out in support of Apple soon after CEO Tim Cook went public with the government's demands in a letter to customers.

Facebook said in a statement that the FBI's demands "would create a chilling precedent," while Twitter CEO Jack Dorsey tweeted, "We stand with @tim_cook and Apple (and thank him for his leadership!)" with a link to Cook's letter.

Apple and the FBI are due to testify at a Congressional hearing on March 1.