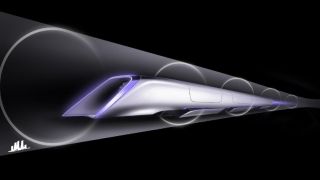 Engineering and construction giant Aecom has been chosen to build the test track for SpaceX's Hyperloop project.

Elon Musk's goal for Hyperloop is to create a super fast, futuristic transportation system with pods that can travel up to 760 miles per hour.

The track will be a vacuum-sealed, six-foot in diameter steel tube, with a non-magnetic sub-track.

While construction of the test track is scheduled to begin during Spring 2016, Elon Musk is hoping the Hyperloop project will also, more immediately, push student innovation.

SpaceX will be holding a Design Weekend at the end of the week for the Hyperloop Pod Competition, which will see more than 100 university student globally present prototype pods for the Hyperloop.

The winner of the competition will be given the opportunity to build a functioning version of the prototype pod to be tested on the test track.

"Aecom has designed and built some of the world's most impressive transportation systems, so we appreciate how the development of a functioning Hyperloop with SpaceX can dramatically expand the ways people move across cities, countries and continents," said Aecom's CEO Michael Burke.

"What we are delivering is more than just a track to test pod prototypes; it's a glimpse into the future."

Interestingly, Aecom is also helping crowd-funded start up Hyperloop Transportation Technologies as well in its endeavor of building a small-scale Hyperloop track.