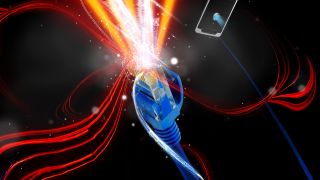 If you thought that disconnecting your computer from the internet, unplugging the router and shutting the curtains was enough to keep the NSA out, you might be mistaken.

A New York Times report, which cites leaked NSA documents, claims that the NSA has a "secret technology" that allows it to monitor activity even when users are offline.

The NSA is allegedly able to access wireless transmissions sent from devices such as USB cards or tiny circuit boards that have been placed inside the computer either mistakenly by the users themselves or covertly by someone else.

The report claims that the NSA has been using the technology since 2008 and has allegedly installed surveillance on around 100,000 computers around the world.

But the NSA denies using the technology within the US. "NSA's activities are focused and specifically deployed against — and only against — valid foreign intelligence targets in response to intelligence requirements," said Vanee Vines, an agency spokeswoman, in a statement.

Right now there's no hard evidence of this technology actually being used, but the news of its possible existence will no doubt be unnerving to a lot of people.