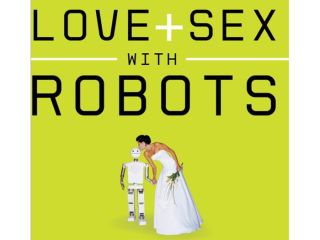 David Levy's book paints a rather bewildering picture of a disconnected future.

If Ridley Scott's Blade Runner presents us with one of the more nightmarish visions of a robotic future, than author David Levy's book, Love and Sex With Robots, has got to run a close second.

According to the London-based writer, service robots will advance so quickly we'll be having physical relationships with sentient pleasure machines before long. Artificial intelligence will combine with advanced mechanics to give the perfect girlfriend simulator of the future, he says.

One for the ladies

Although we know perfectly well that such pleasure robots will inevitably be the province of lonely geeky males, Levy suggests the caress of a mechanoid will become so commonplace women too will be embraced.

In an interview with the Philadelphia Inquirer, he puts forward the notion that we could see 'his and hers' robots built to meet the needs of either partner should their other half be away on business, for example.

Should the future turn out the way the book describes, one thing's for sure - the reviews section of TechRadar will be a whole lot spicier come 2050. Watch this space.