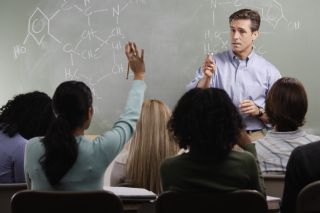 Forget Oxford or Cambridge: imagine spending three years tinkering with iPhones, listening to Jonathan Ive lecture on design and hanging out with Steve Jobs at the student bar.

That's right, Apple is about to throw open the doors of its very own educational institute, the Apple University.

The news broke with the announcement that Apple has recruited Joel Podolny, the Dean of the Yale School of Management, to join the company as Vice President and Dean of Apple University.

An Apple for teacher

Podolny will start at Apple in January, which should lead to the first classes accepting students next academic year.

But before over-excited A-level students cancel their places studying Applied Carpet Fabrication at Plymouth poly, it seems the Apple University is likely to be open to Apple employees only.

Apple is following in the footsteps of the Pixar University, which offers three-month courses in digital animation to new animators, and McDonald's famous Hamburger University, which schools burger-flippers in the secret recipe for 'Special Sauce' (probably).