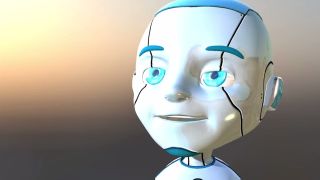 It might sound creepy, but Apple wants to capture your face in real time, and this desire has fuelled its latest purchase.

According to TechCrunch, Apple has acquired Faceshift, a Zurich-based startup that specialises in the real time capture of facial expressions.

The technology, which has been used in animation for games and films – most notably in Star Wars: The Force Awakens – uses 3D sensors to capture facial expressions, which can then be used to make non-human animated characters appear more natural.

A change of face

But the technology could have applications outside the worlds of cinema and gaming – prior to Apple's acquisition, Faceshift was also working on software for consumers, including a Skype plugin that would support real-time avatars for video chat.

As expected, Apple revealed nothing when approached about the purchase, responding with its customary statement: "Apple buys smaller technology companies from time to time, and we generally do not discuss our purpose or plans."

Check out a demonstration of Faceshift's technology in the video below: