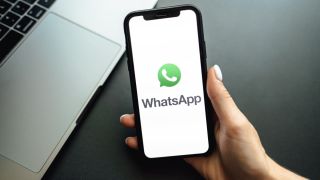 Following the recent release of biometric locking for chats, WhatsApp for iOS is now receiving a new feature that lets users play Netflix trailer videos directly from within the app. The feature makes use of Picture-in-Picture mode that enables users to watch third-party video content straight from the instant messenger.

According to WABetaInfo, the Netflix picture-in-picture mode is only available on the iOS platform at the moment. Still, we expect it to make it Android pretty soon, as with all the previous feature rollouts.

How to enable Netflix Picture-in-Picture on WhatsApp

Make sure you have the latest WhatsApp version else check Apple App Store for the same. The picture-in-picture mode for Netflix doesn't work on Android as of writing this post; however, it could be rolled out in the next few weeks.

Share a link from Netflix to WhatsApp, and it will display as a thumbnail with a play button. It means that the instant messenger now supports playing trailers from the steaming service as it does with YouTube, Instagram, and Facebook.

Do note, however, that Netflix won't start playing a title as picture-in-picture on WhatsApp. This new feature only adds the ability for users to share their favorite titles with their friends and family, and the recipient gets to watch the trailer of the said title in-the-app. They can then go ahead and decide whether they want to watch the title or not based on its trailer.

It's a neat addition to WhatsApp, given its popularity across the globe and only makes sharing and viewing of Netflix trailers quickly. WhatsApp is likely to support more external links. However, the messaging service hasn't revealed a plan for the same yet.