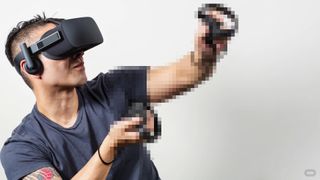 Analysis from analyst SimilarWeb has revealed significant growth in the virtual reality adult industry. Observations of 10 VR pornography sites between January and November showed a 202% growth in traffic over the period.

Not just that, but there were 3.2 million worldwide visits in October alone.

Those numbers alone are worth flagging, but here's where it gets more interesting: virtual reality headset manufacturers are already seeing benefits.

Headset maker Homido also reaped some rewards, with 51.4% of its referral traffic coming from virtualrealityporn.com (around 82,000 visits).

Oculus co-founder Palmer Luckey said last year that the company would not block pornographic content on the device. "We think Rift is an open platform," he said. "We don't control what software can run on it."

Another interesting nugget in the SimilarWeb data is that Oculus received 1,903,000 visits on January 6, the day the Rift was made available for pre-order.

While many visitors were probably just checking the price, SimilarWeb says over a million people went to the shop section of the site, with "many" of them going all the way through to checkout and shipping.

In short, plenty of people are interested enough in virtual reality to chuck a lot of money at it.