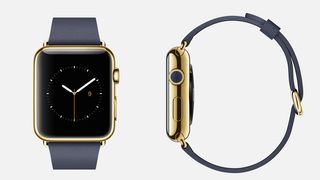 The Apple Watch won't ship until April, but Cupertino is making every effort to ensure it's fully prepared for launch day.

For one thing, MacRumors reports that Apple has asked some "high profile" app developers to have their Apple Watch applications ready for mid-February.

In particular, Tim Cook and co have asked one of Apple's biggest Apple Pay partners to have its software ready to go live on the App Store by February 12, so says the report.

It also appears that Apple is now letting its employees wear the smartwatch in public. Over on the MacRumors forum, users have posted a series of Apple Watch pap shots, showing - we assume - the wrists of various employees.

But there's more. We're also hearing from 9to5Mac that Apple is making special preparations for the more upmarket versions of its wearable.

The gold Apple Watch Edition, expected to be priced in the thousands, will be securely stored in special safe's at the company's retail stores.

Apple has allegedly already placed these safes in many of its stores in anticipation of the Watch's arrival, ensuring that one of its most prized possessions is untouchable in the event of a break-in.