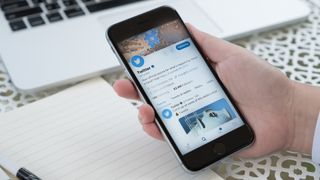 Twitter is testing a new snooze feature that will allow you to silence push notifications from the app for specific periods of time.

The feature was discovered by app researcher Jane Manchun Wong, who said in a blog post that she first discovered the snooze button by "looking into the code underneath Twitter's mobile app for Android".

According to Wong's findings, the snooze button will appear as a crossed-out bell at the top of the notifications tab within the app.

Twitter is testing Snooze feature, allowing users to pause notifications for 1 hour, 3 hours or 12 hours!I wrote a blog for the first look of this unreleased feature https://t.co/EoNYaRHraQTip @Techmeme pic.twitter.com/qm3aMM2Q00August 6, 2019

While the majority of Twitter users won't have experienced one of their tweets going viral, this feature could be invaluable to anyone who's been unexpectedly bombarded with likes, retweets, and comments after a particularly witty (or incendiary) post.

It could also be part of a bigger push across tech companies and social media platforms to promote the wellbeing of their users – although Twitter still hasn't confirmed whether the test will ever be available to users.

As Wong points out, "experimental features like this one could come and go", so there's no guarantee it will be released.

Android Pie and iOS both include dashboards that allow you to track the time you spend on your smartphone, breaking it down into categories so that you can see which apps you use the most throughout the day.

Both operating systems then allow you to limit the amount of time you can spend on any given app as well as muting notifications.

Why is this necessary? Well, research has found links between teen depression, body dysmorphia, suicide and social media use, while everything from increased anxiety to election rigging and national revolts have been tied to increased smartphone usage among adults.

By giving its users the option to mute notifications within the app, Twitter could be looking to mitigate the negative impact frequent social media use can have on teens and adults alike, while also giving them a bit of respite if they do end up going viral.