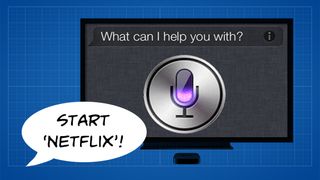 Apple TV, long called the "walled garden" of set-top systems, might soon leave that name behind thanks to a new feature that will search multiple sources for content similar to the Roku 3.

That means instead of searching for a movie on each individual app, you'll be able to see a select number of services in every search.

The report says that Siri is integral to the new system, but requires a piece of software called Matcha (from a video streaming startup Apple acquired) running in the background to match the translated text into multiple search results.

The last piece of interesting info from the report is that the whole system is confirmed to cost $149 (around £99, AU$200), $50 lower than we originally expected.

Apple is expected to unveil the new hardware, alongside a new iPhone and iPad, at its September 9 event held in San Francisco, Calif.

Here's everything we know about Apple TV 2