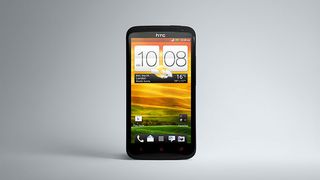 Many versions of the One M8 are still missing Lollipop

HTC usually sticks to its goal of getting new OS updates out within 90 days of their release, but that deadline for Android Lollipop is about to arrive - and many HTC devices will miss it.

February 1 was HTC's own self-imposed goal, and the company's Vice President of Product Management, Mo Versi, has take to HTC.com to explain why it will come and go with no Lollipop for many.

"We've been working hard in the labs with Google and our carrier partners ever since the code release and are making great progress so far, but if you've been following the progress of this rollout you will know that Google has had to address several issues with this release," he wrote.

"We've been diligently working to fix some of them on our end and incorporating Google's fixes as quickly as possible, but despite everyone's best efforts some carrier versions of the HTC One (M8) and HTC One (M7) will not meet our 90 day goal, which is February 1st," he continued. "While we are committed to delivering within this time period, we are even more committed to ensuring these updates result in an even better experience with your device because that is what the updates are intended to do."

He said that HTC is trying to get the updates out as soon as possible, but that their quality is more important than hitting the deadline.

At least we know Motorola isn't the only one having trouble getting Lollipop out. You can keep track of HTC's progress at the company's updates hub, so keep checking back if you're getting sick of KitKat on your HTC One.