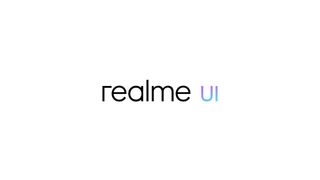 Realme Mobiles has released a video on its community forum, teasing the much-anticipated Realme UI ahead of its rollout. The interface is based on ColorOS 7 and Android 10 and features revamped home screen, customizable icons, and redesigned notification center.

The skin uses high saturation, high-brightness colors that seem to pop-out when viewed on a screen. Users will have the choice to change the shape of the icon, foreground, and even the icon graphic itself.

Realme UI also comes with 11 custom animated wallpapers designed by the company that is "inspired by natural elements" and fit any color scheme. There's a smart sidebar feature that will let users place shortcuts for easier and faster access.

The Android 10 based interface also brings support for dual earphones. Here, users will be able to use both Bluetooth and wired earphones simultaneously. There are two ways it works, Realme explains, one case where the Bluetooth and headsets receive the same media audio and the other where Bluetooth channels phone audio and earphones playback media audio.

The UI also supports screen-off display, dark mode, and private information protection. In an attempt to prevent misuse of personal data, with smart security enabled, any app that calls for a user's private information such as call history, contacts, messages, and events will be provided with an empty information placeholder.

Realme's skin also has a focus mode, which helps users relax by playing back music and a new 3-finger screenshot method where users need to tap and hold on the screen with three fingers to take a screenshot.

As the UI is based on Android 10, it is expected to be fast, smooth, and efficient in managing power with the new power-saving features. The rollout for Realme UI starts from January 2020 and will go on till Q3 2020. We expect the upcoming Realme phones to run on Realme UI out-of-the-box.