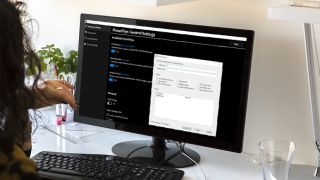 Cast your mind back to the days of Windows 95, and you might remember PowerToys – a collection of outrageously useful tools and utilities that added great new features to Windows.

Around six months ago Microsoft announced that it was bringing back PowerToys for Windows 10. The company stayed true to its word and released two utilities at the beginning of December, Shortcut Guide and FancyZones.

Now an update has been released which not only improves on the existing tools, but also adds a new utility. In addition to the existing two utilities, PowerToys v0.12 includes PowerRename – which does very much what it says on the time.

If you missed the first release of PowerToys last month, here's a quick primer. The first tool, Shortcut Guide, is a very simple affair. With it activated, if you hold down the Windows key for a second, a screen overlay will reveal all of the keyboard shortcuts you can use. If you're trying to speed up their work by using the keyboard instead of the mouse, this is a great way to learn new shortcuts.

Second up is the cutely named FancyZones. This dramatically extends the capabilities of the 'snapping' feature of Windows, which lets you quickly arrange open programs and windows by snapping them to the edge of the screen. With FancyZones activated, it's possible to define numerous zones on your screen (at the edge, in the middle, overlapping – wherever you want) to which you can snap windows by simply dragging them into place. Best of all, window positions can be saved so you can recall previous layout very quickly.

In PowerToys v0.12, Microsoft has added multi-monitor support to FancyZones as well as making a number of bug fixes. The company is also starting to add Dark Mode support for "where appropriate", but for PowerToys fans it is the arrival of the new PowerRename that will be of most interest.

The tool is an advanced bulk file renamer, which integrates tightly into Windows. Accessible through the right-click context menu, it can be used to rename entire folders of files using search and replace as well as regular expressions. And with a live preview available, you can see exactly how your renamed files will look before you commit the changes. It's ideal for managing large numbers of images after a photography session, renaming music files, and much more.