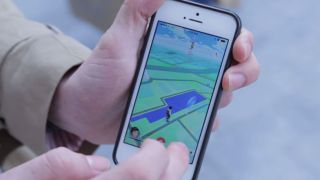 If you're playing Pokémon Go, you'll know how draining it can be on your phone's battery. Every player's worst nightmare is finally tracking down that all elusive, rare Pokémon you've been hunting for for months and then your phone dying when you try to catch it.

One solution is to get one of our best Pokémon Go battery packs - but you also want your phone to have good battery life when playing one of the most popular mobile games right now.

We decided to put six of the best flagship phones on the market - phones you chose on our YouTube channel - to the test and find out which is the best for battery when playing Pokémon Go.

We've put the iPhone 6S Plus, LG G5, HTC 10, Samsung Galaxy S7 Edge, Nexus 6P and the OnePlus 3 to the test. Watch the video below to find out which phone is the best to play Pokémon Go.