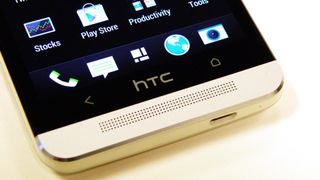 Will we soon see the HTC One (and a bit)?

HTC hasn't had a big stake in the large-screen market, but that might all be about to change with more leaky information suggesting that the company is about to unleash a new phablet handset.

The infamous evleaks tipped off Twitter that the upcoming phablet "goes by codename T6", which was then backed up by a Linux string discovered by HTCSoku, listing a certain T6 device.

If this code is to be believed, the new device will come in various forms. This includes Cassiopeia, Columba, Delphinus, Crater and Eridanus. Extra points for noticing these are constellations.

The T6 also had a couple of variations for different carrier networks, covering GSM, CDMA and LTE options which suggests a wide release on a variety of markets is in store.

Previous rumours have suggested that a large version of the HTC One is on its way, with a screen between five and six inches. It seems that this new phablet could be that very device.

As for when we might see the HTC One tablet surface from the depths of the rumour netherworld, your guess is as good as ours right now.