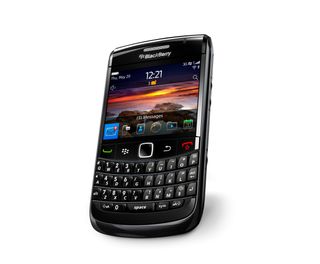 RIM's UK MD, Stephen Bates, has told TechRadar that the company plans to roll out the next generation platform to more smartphones than previously thought.

The new BlackBerry OS 6 platform, which currently only resides on the BlackBerry Torch and BlackBerry Bold 9780 in the UK, was supposed to be heading only to certain legacy models, namely the

But Bates, speaking to TechRadar to discuss RIM's recent smartphone success, told us that the company was looking at a larger-scale rollout:

"The BlackBerry Torch has been a great success for us, a lot of people are choosing it, partly thanks to the new BlackBerry OS 6 platform."

"We'll be expanding BB OS 6 across more devices, namely we will be enabling our 3G devices [with the new platform]."

Bates' comments seem a little surprising, as under this promise even the BlackBerry Bold 9000, which is nearly two years old and only sports 128MB of RAM, will be getting the update.

UPDATE: It looks our suspicions were confirmed: Bold 9000 users - which we can't imagine number that many any more - will miss out on the update, as RIM has just contacted us to say only the Curve 3G, the Pearl 3G and the aforementioned Bold 9700 are getting the OS 6 juicing.