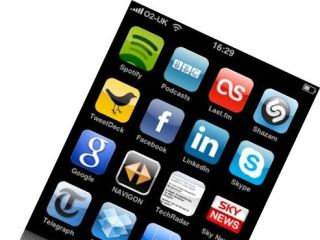 O2 has responded to claims it's asking customers to use Wi-Fi instead of 3G in light of the recent Spotify app for the iPhone by stating it was merely a coincidence.

A number of O2 customers who downloaded the Spotify application - which uses 3G to stream songs direct to the device - said they had received the following service text, according to website Bitter Wallet:

"Get the most out of apps and the web by using Wi-Fi, at home or out and about. It's quicker, especially for apps like video, and really easy to set up. Tap the link and we'll take you through the steps. http://shop.o2.co.uk/update/wifi.html."

However, O2 told TechRadar that the timing is just a coincidence, and that it has no plans to limit the amount of data users suck up over the airwaves to use the already popular Spotify application:

"We appreciate many customers already know how to do this and apologise if they felt the message was not relevant to them."

However, while the network is unlikely to take measures to stop people using 3G data on mobiles, it makes sense to try and reduce the impact on the bandwidth an application like Spotify will bring, and a service text like the one sent might cajole a few people to switch to Wi-Fi for their data intensive applications.

The network has already had a headache to face since the new iPhone 3.0 firmware update brought 3G tethering to the device, meaning a surge in the amount of data used.

O2 promptly brought out a price plan for such use, but a number of users have reportedly found a method around this practice, despite the network threatening to cut them off.