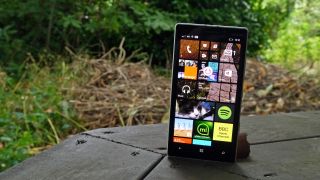 Windows Phone users who are eager to upgrade to Windows 10 Mobile will have to wait until next year.

What has already been a long saga just got longer.

When (if?) it's launched

In order to access the OS when it's made available, your Lumia smartphone will need 8GB of internal memory and the Lumia Denim upgrade (Windows Phone 8.10.14219.341 or above).

Microsoft released the first live version of Windows 10 Mobile to Lumia 950 and Lumia 950 XL users in November. It has continued updating and refining that build, as it will continue to do throughout Windows 10 Mobile's 24 month life-cycle.

However, recent iterations of that build have featured minor bugs and start-up issues. The most-recent build appeared to be so solid in terms of lingering bugs versus improved reliability that it led many, myself included, to believe it was a near-complete release that would be rolled out to all Windows Phone users.

However, the build was pulled back and unpublished for 24 hours while Microsoft fixed a few major problems. The build is live now, but only for Lumia 950 and Lumia 950 XL owners.

We originally thought Microsoft would make the OS generally available in September. However, several delays pushed the rumored release date to November, and then Microsoft said in no uncertain terms that the release would happen in December. So much for that.