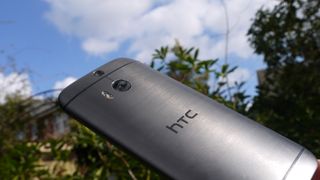 HTC may have decided against a super premium M8

When whispers of a super-premium HTC One M8 known as the 'Prime' began doing the rounds, some of those who'd just snapped up the company's flagship handset weren't best pleased.

After all, the argument went, would they have bought an M8 if they knew an improved version with superior innards and a better screen?

Well that angst may be over following word the Taiwanese smartphone firm may have curtailed their interest in launching the HTC One M8 Prime.

According to evleaks "development on Prime has been indefinitely suspended."

It was also claimed the HTC One M8 Prime would be powered by a 2.5GHz quad-core Snapdragon 805 processor coupled with 3GB of RAM and a 3000mAh battery back.

Has HTC ditched the phone completely, or might we see Prime's time come later than originally thought?