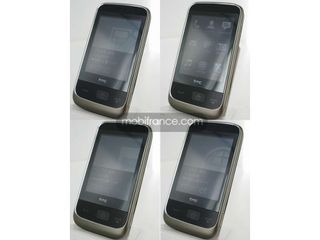 The HTC Touch.b - making a Brew

HTC's latest phone has popped up, showing a less powerful phone from the Asian firm.

The new Touch.b has been leaked onto the web (continuing the trend of nearly every phone the company has upcoming being seen online before release) but doesn't have the traditional Android or Windows Mobile keys on there.

According to HTC-Phones, the phone (which was previously codenamed the ROME) will use BrewMP, which is a platform that allows users to easily create applications to run on it.

Never heard of it? That's because it's never really enjoyed success on European shores.

But the new phone from HTC, and it's a real basic model, with currently no support for Wi-Fi, only a 2MP camera and no video recording.

However, there is Flash support and 3G data connection, so it's not all bad - and we'd imagine it would come with a pretty nifty price tag as well.

No word on when this will be released, in what form or even if it will make it to Europe, but still - we like new directions and we were getting tired of the 'Android vs Windows Mobile' arguments.