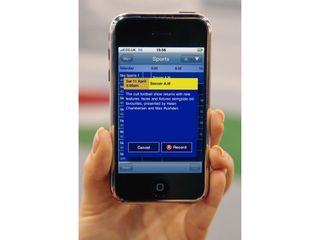 Apple has set up a massive international promotion to mark the one billionth iPhone and iPod Touch application downloaded from its iTunes App Store.

Downloads, which are currently running at over 100 million a month, are likely to tip over the billion mark by early May, bringing the Billion App Countdown Promotion to an end.

Lots of countries, one chance to win

Every application downloaded will count as separate entry (up to 25 a day) and non-iPhone owners can enter at the Apple website. Basically, you're looking at about a 70 million to one shot to win, so don't go holding your breath.

More good news for Apple, which was today crowned the most innovative company in the world by BusinessWeek magazine.

All of the top ten 'most innovative companies' in the special report - which was voted for by top executives worldwide - are high-tech firms, with the exception of Wal-Mart at number ten.

The runners-up were Google (no. 2),Toyota, Microsoft, Nintendo, IBM, Hewlett-Packard, Research in Motion and Nokia (no. 9).