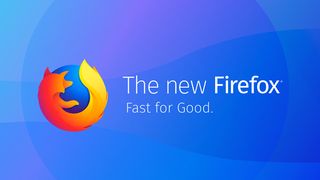 Mozilla has released a new version of Firefox that delivers faster, smoother web graphics. It's the latest step in Mozilla's Firefox Quantum program, which began in November with the aim of making Firefox the speediest browser around.

The new graphics engine uses a dedicated GPU thread to reduce the choppiness that happens when loading images and text on some web pages.

In tests with a simulated Javascript-heavy page, Mozilla's engineers saw a speed boost of almost 30%.

Displaying a web page on your monitor involves the following steps:

The compositing step already happens off the main GPU thread, but the other steps don't. Rasterization can take a lot of processor time, especially with high-resolution monitors, which increases the time taken to display the page.

The new technology, known as Off-Main-Thread painting, simply moves the rasterization step into its own thread (called the Painting thread).

Mozilla has released a full description of the process on its graphics team blog.

Firefox for Android has also received a boost thanks to improved bookmarking. Instead of a dialog box, which can be awkward, users will now have a full screen to organize their bookmarked sites and sort them into folders.

Android users will also get improved support for PWAs – websites like Twitter that can appear as mobile apps on your phone. When visiting a website that's a PWA, you can add it to your home screen as an app by tapping the house icon that appears.

When you use the home screen icon, the app will open outside the browser interface, with no address bar.