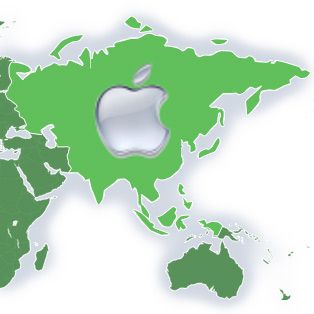 Apple wants to take over Asia with the iPhone

China Mobile is looking to get a cut-down version of the iPhone 3G after it has run into problems integrating it into its network.

The phone ships with W-CDMA connectivity, which is the standard 3G radio signal in most countries.

However, China Mobile is looking to install a variant on this, TD-SCDMA (no, we don't know/care what this stands for either), and as such is looking for a version of the phone which will essentially do away with the incompatible features.

Apple has been in talks with China Mobile for a number of months to supply the iPhone 3G officially to a country with nearly half a million grey market imports already being used.

Talks broke down earlier this year, but a climb-down from Apple on the revenue-sharing model has thawed relations, and a release now seems imminent.

However, there is some concern about modifying the product for a single country when it has provided a standard product to the rest of the world – though with China one of the largest potential markets it's no surprise Apple is thinking of making an exception.

So we're expecting understated and emotionless British versions, highly efficient German variants and violently passionate Italian models from Apple in the very near future then, if stereotypes are anything to go by...