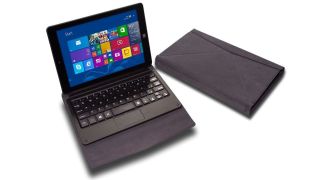 Google's Chrome OS has added yet another vendor to its portfolio as French company Archos said it would release a laptop based on the platform.

The product is set to be one of four models unveiled as part of a massive project initiated by the French government called "Grand Digital for Schools Project".

The endeavour will see more than a million tablets and computers per year distributed to middle and high school students by Archos, a contract worth hundreds of millions of Euros. They all share the same processor, a quad-core Intel processor clocked at 1.8GHz (likely to be the popular Z3735F).

Two tablets (9-inch and 10.1-inch) come with either Windows 8.1 Pro or Android, 2GB of RAM and 64GB onboard storage. There's also a rear camera and a front-facing snapper plus a detachable keyboard.

The Chromebook model has an 11.6-inch display, a VGA front camera, 2GB RAM and 64GB onboard storage while the last model, a 14-inch traditional laptop runs on Windows 8.1 with 4GB of RAM and a 250GB hard drive.

Archos hasn't confirmed whether these products will be available outside France.