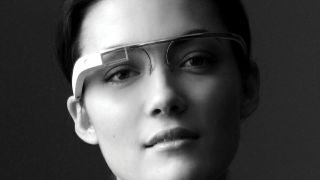 She won't be smiling when the credit card bill arrives

Imagine for a moment that the iWatch is real. Rather than Apple's usual "we made a thing and you can buy it on this date, for this much" approach, Tim Cook has a better idea.

"Let's recruit some iWatch Explorers," he drawls. "They can do all our marketing for us, for free, and we'll pick a couple of winners."

"Do the winners get iWatches?" Jonathan Ive asks.

"Are people that dumb?" Ive responds.

"Yes! And we won't even ship it! We'll make them fly to New York, San Francisco or LA to pick it up!"

"That'll cost a fortune," Ive points out. "Especially for people outside America."

"People outside America? Screw those guys!"

Imagine the reaction. The tech press would go crazy, and everyone would agree that this time, Apple really is doomed.

Google's getting away with it.

Google's promo video includes hot air ballooning, snowboarding, ballet dancing, horse riding, aeroplane flying, ice sculpture, skydiving, gymnastics and snake charming. I do literally none of those things, and as someone who hates getting their photo taken I'm not exactly keen on people with glorified GoPros strapped to their heads recording me when I talk to them.

That isn't my problem with Glass, though. I think wearable tech is exciting tech, but I think the idea of Glass Explorers really sucks. It's the pre-emptive Facebook Like taken to its logical conclusion.

"Click Like and tell everybody you know about us to enter our competition!" is bad enough, but Google's going for the "do loads of promo for us to get the chance to give us all your money".

This is Google trying to control the narrative about Glass. By making applicants prove their worth and pay their own money Google's ensuring that the only people getting Glass are people who won't want to turn around and say "you know what? I spent $1,500 on this, and it's crap. I'm an idiot. Sorry, world." There's a name for that bias: post-purchase rationalisation.

I hope Glass is great, but I don't like this. It's very clever, but it's cynical too: it's turning prospective customers into actual marketers.

The hashtag is #ifihadglass. Maybe it should be #ifihaddignity.