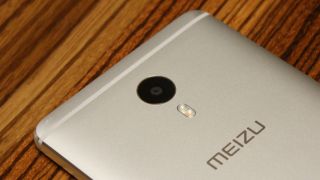 The Android Go platform gets another push forward with Meizu, a Chinese smartphone brand, entering a partnership with Google. Ard Bouldeing, the Head of Global Marketing for Meizu, announced that the company will be putting out affordable Android Go devices under its brand.

Those of you who've been following me for a while know how passionate I am about Android Go.I'm proud to share we're working together with Google to launch Meizu's first #AndroidGoEdition smartphone! pic.twitter.com/r9vaZQaaeHApril 24, 2018

This news comes after the launch of the Meizu 15, 15 Plus and 15 Lite in China. These three variants run on Meizu’s own Flyme OS 7 that comes with heavy customizations. Android Go, on the contrary, is a lightweight version of Stock Android for phones that don’t necessarily have premium specifications.

Unfortunately, there are no other details about the phone at this time, like its price or availability. It’s unclear if the phone will even come to India at the end of the day. But, since it is an Android Go phone after all, it will probably run on 1GB RAM and have minimal inbuilt storage.

Users who’re antsy to try the new Android Go platform can try it out on the Nokia 1 and Lava Z50 in India. The Nokia 1 costs Rs 5,499 is, by-far, the cheapest smartphone in the brand’s portfolio.

The Lava Z50, on the other hand, is even more affordable at the price of Rs 4,400 which can be lowered further if bought in cohesion with Airtel where users can avail a Rs 2,000 cashback. It was also the first Android Go smartphone to be available in India.

Even Micromax is going to launch the Bharat Go, but that isn’t expected to happen until later this year, speculatively in June. Its price is expected in somewhere in between the Nokia and Lava offerings at around Rs 3,000.